Brown Bear or Grizzly is one of the top most predator in the wild and Alaska is one of their homes.  They live mostly in the coastal regions of southern Alaska.

There are many places to photograph these Grizzlies. However, if you talk about getting them in action, Brooks Falls is the only place that comes in my mind. And there is a small window of time in each year when you get them. The bears come to the falls when the annual salmon runs in it's peak. That's obviously in the month of July.  By the end of July, the bears would be gone. They do return in smaller numbers in September for the leftover near dead salmons still floating around the river.

How to Get There:

Brooks Falls is remote, at the heart of Katmai National Park. There are options to stay in Brooks Lodge or Brooks Camps, both located closed to the falls. You need to be really lucky to get a spot in either of those places, usually sold out two years ahead of time. You can't stay in the park if you don't have a reservation in the lodge or campsite.

The other options are staying in Anchorage or King Salmon and take Day Trip in Float Plane. This obviously rules out that golden hour photographer's fantasy but trust me, you won't miss much. The weather is often overcast in this area, so the light would still be good enough, if not the best. King Salmon ( it's a city, not the fish ) is very close to the Brooks Falls, just outside Katmai National Park but there are limited number of hotels and they do get sold out. Besides, making the base in Anchorage would be more economical and convenient as well.

I've been planning to photograph the bears since 2016. I started to gather information in bits or pieces from whatever sources I could. Sure the internet is our best friend in this information age. But I needed to find some reliable information while I also worked on the right gears I would need for this photoshoot. It was only recently during my interaction with Brooks Lodge reservation office I came to know that the bear population in Brooks Falls is highest in July, especially in mid-July.
I live in San Francisco Bay area which has 3 main airports i.e. San Francisco, Oakland, and San Jose.  But only Alaska Airline flies directly to Anchorage from San Francisco.  I wanted a direct flight and that was my only option. Unfortunately, there was no direct return, I had to change in Seattle.
For camera gear, I needed something that can shoot fast action. I needed a camera with high fps rate and fast glass. So I paired my Nikon D6 with Nikon 400mm F/2.8E as my primary gear. For the back up, I paired Nikon D850 with Nikon 200-500 f/5.6E. I also put a 3rd lens i.e. Nikon 24-70mm f/2.8E in my bag. This was for the aerial photography of Alaskan Landscape while flying from Anchorage to Brooks Falls. I did carry extra batteries & memory cards, a tripod with gimbal head, and a lens pen.
Rust Flying Service,  my float plane operator picked me up from hotel at 8:30am. It was a short drive to their port. We checked in and then watched their crew getting the planes ready for the trip. You have to weigh you bags and yourself as a part of their check-in process. Soon we were on board and flying south along the coast.

The flight duration is approximately 1 hour 45 minutes but your adventure with camera would start as soon as you are off the ground. This is a small plane flying low approximately at 5000'. So you get to photograph all those amazing landscapes and glaciers. So use a wide angle lens and keep fast shutter speed to avoid monition blur. Also it may be a good idea to use auto exposure bracketing feature of your camera.  I used manual exposure (1/500, f8) with auto ISO and 3 stop bracketing ( 0, -1, + 1 EV).

The plane will land at Naknek Lake near the Brooks Lodge and everyone is required to attend 15 minutes ranger's talk.  You got to store your food in the Food Storage room and can only eat in a designated area where you would be attending the ranger's talk. It's all about safety protocol, as there are bears almost everywhere in the park.  I suggest you eat your lunch after the Ranger's Talk and before you head toward the Falls. I took out my main camera and mounted on the tripod before starting my hike towards the falls. The fall is about 2 miles from the lodge. First you cross the river which is now free of Bear Jam ( The Park service got wiser ). There would be lot of things happening around the bridge.

There would be Rangers on the boardwalk near the falls. In July, the crowd is bigger and so they limit viewing time to 30 minutes per person on the main viewing platform. You got to put your name in the list and head towards the secondary platform on the right side.  The ranger will find you when your turn comes, as long as you are in the secondary platform. However, if you leave the boardwalk and miss your turn, you will have to start over again.
The secondary platform is also fantastic if you have long lens. You can see the falls and there are plenty of bears fishing down the river as well.

It was an amazing view as I took my first glance at the falls from the secondary viewing platform.  I've never seen so many bears in action at once.  There is one little caveat for photographers i.e. the tripod legs can't be spread due to space limitation, so a monopod is more suitable on the viewing platform. So I had to  use my tripod as monopod only while shooting from the platform.
As I was busy looking around all those grizzlies in the river, a beautiful lady whisper in my ear, 'there is a momma grizzly sleeping with her two cubs under the platform'. I wouldn't miss that for anything else. But they were closer that the minimum focusing distance of either of my telephoto lens. I was really lazy to change my camera lens at that moment. So I shot this photo with my iPhone.

As I shifted my attention to the river, I found this Grizzly had just caught this huge salmon and then rushed to safeguard it from the seagull.

Never noticed how the time flew as I heard the Ranger calling my name. Then it was my turn to see them up & close from the main viewing platform. However, it was not easy to find a spot appropriate for shooting photo with a large camera. Everyone is busy shooting selfie with their cellphones. There were people pushing around for a selfie spot. I surveyed the platform and narrowed down to a spot where I wanted to be. I then lined up behind those who were already occupying that area. After several minutes, I got a spot next to my targeted spot. I then traded my spot with the person who was at my targeted spot. He was really nice when he saw my huge camera gears.
There were many  bears below the falls but only few at the top of it. Those are prime spot and only big bears get to fish from those spot. Yes, they do have rules or they have to fight to fish from prime spots.

Sometime it does not go as planned for the Bears too. As the fish leaped, the grizzly opened his jaws to catch it in mid-air but he missed. The hit was straight onto his snout. I guess it was a big ouch!! but the fish lived for a bit longer I guess.
This is an amazing scene where the fish flies straight into the jaws of one bear while the other one is sad and salivating.
A mother's love never gets old. The almost adult cub rush to her as soon as she caught the fish. Momma Bear let the cub bite from it while she held it firmly in her claws.

Before I knew it, my time was up at the platform. But I was satisfied with whatever I got. I happily left my spot as soon as the Ranger called.  I headed towards Lake Brooks which was about another mile on the right. There was no bears in the lake, but it's a beautiful lake anyway. I saw few houses around the lake. The park service employees live there. They have 'keep quit' board.
It was time to return and report to the pilot. I stopped on the bridge to take a closer look at what was under water. There were fish everywhere.

Then it was time to head back to Anchorage. Our pilot flew the plane really low and narrated every glaciers we crossed. We also saw several Beluga Whales flipping their back on the ocean surface. 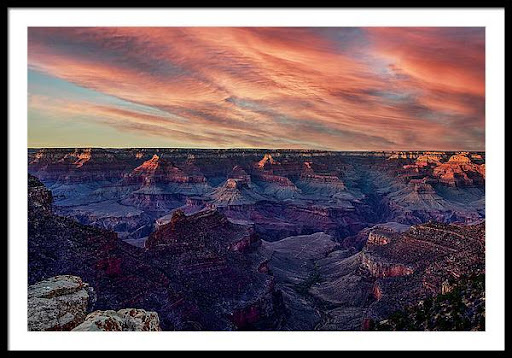 Exploring The Grand Canyon of Arizona

Photography is my Passion rather than Profession. A major part of my portfolio is full of Wildlife and Landscapes shots, but I also love shooting Night Sky, Sports, and Street Life.